By Ron Schultz, Founder and President of Entrepreneurs4Change

Ron is appearing in the SEWF 2103 main stage plenary "The Future of Social Enterprise: Authors Panel”.

People who find this article of interest may enjoy the SEWF 2013 program streams on Social Innovation and Cross Boundary Collaboration.

The feature picture of this article is courtesy of Compfight / A Flickr Search Tool.

Many years ago, Caltech made famous the notion, Shift Happens.

We live in a world, on a planet where nothing is wholly stable or permanent. It’s not the easiest of environments to create the illusion of balance and sustainability… or for that matter predictability.

The only thing we can really count on is that when we least expect it, shift happens.

The good news is, that within that context, and at any given moment, change can take place. And what seems most intransigent is actually always ready to move. Dictators suddenly fall, economies collapse, bulbs rise from frozen soil, people work together to make their lives more livable.

The manifestation of change is emergence – which in and of itself is not necessarily good or bad, positive or negative – it simply takes place. Two or more living agents interact and out of that interaction something emerges that is greater than the sum of the parts, and not wholly contained within either.

What Is Social Emergence? 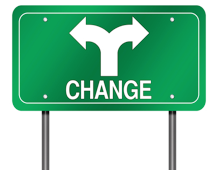 But the distinction being made here is that within the arena of society and our attempts to change society to make it more livable,

social emergence is an effort to describe and explain the phenomena that is possible when conscious individuals interact.

Actually, I don’t want to open up a debate on consciousness; so let’s simply say, when humans interact.

In societies around the globe, the social bi-polarism that arises when it comes to acknowledging anyone who might hold a different point of view is pervasive, even among people who essentially believe the same thing. This is true whether we are discussing religious differences, political decisions or academic thinking. 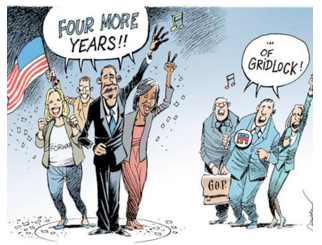 I was recently asked to facilitate an academic conference that took place in one of the most beautiful cities on earth, Paris. Amid all that beauty, the conference, with attendees whose main disagreement was based on a debate that seemed to focus on the minutia of minutia, was often filled with pettiness, ego, and personal bluster.

This was not about dialogue between brilliant minds that might actually create a new way of thinking among them, but something akin to a peacock strutting contest, with no prize other than self-aggrandizement.

Within the groups that were able to move beyond this academic backstabbing, real dialogue generated a deepening and furthering of the conversation, out of which a new level of understanding co-emerged. Within those groups unable to get beyond who was right, in which the operative expression was, “I would argue that,” little or nothing new emerged, beyond, perhaps a heightened sense of aggression.

The U.S. Congress is another place where a similar inability to have a human conversation between any two people who might disagree has ground all possibility for social interaction to a dead halt. At a time when our world is begging for new thinking that can carry us forward without destroying all of us in the progression,

we need to turn to the idea of social emergence – conversations not based on whether we agree, but on how we are aligned.

Social Emergence requires our interaction. It requires us to stop bickering over who is right, which is an argument that is wholly based on ego, and find areas on which we are aligned, so we can interact together and produce the solutions to the problems our bickering has gotten us into.

And they are problems, not challenges.

The only means we have that won’t destroy what we are trying to preserve is our ability to speak with one another, our ability to get over our need to be right.

Now, I admit, I have my opinions. 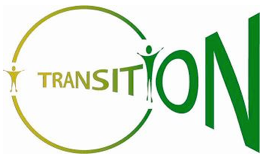 And I will be the first to pass judgment on behavior that doesn’t jibe with my sense of propriety. But that doesn’t mean I am operating in the best interest of others. In fact, I am often chastised by more than my wife for being inappropriately uncompromising. And I can guarantee that when I am locked in the throes of my me-ness and my righteous rightness, there is absolutely no positive social emergence because there is no interaction with others taking place -- and that means nothing changes. There is no relationship, problems go unsolved, and disagreement reigns from on top of a mountain of ego. In my mind, I may be right, but that and $1.75 will get you coffee at Starbucks.

Our ability to facilitate a socially emergent conversation to propagate positive and effective Social Emergence and surface something new and now that might make a real difference in how we live this life, doesn’t mean we stop disagreeing or think differently.

It means we recognize that our willingness to meet within our diversity produces something greater than me in the mix. In this day and age, that’s a tough one for many of us who would rather not talk about it, but would prefer to shoot it out with anyone threatening my me-ness.

Addressing the problems we face comes in our ability to relate to the other. Our humanity emerges in our encounter, engagement, and our willingness to work together.

But as killer tornadoes destroy lives and mobile home across what we call our heartland, and superstorms flood our coasts, we can’t seem to find a way to align against our own destruction. As millions die in wars over insignificant thoughts and billions live without clean water or food, we can’t align around solutions that could emerge beyond our need to be right.

Social emergence requires nothing from us except to be open to the other and interact together. What comes from that interaction is not guaranteed to be good or bad.

But until we start talking with each other rather than at each other, the problems that emerge within our social fabric will be overcome by our limitations, rather than filled with the potential of the human opportunity.

And whenever an organization is formulated and its limitations outweigh its potential, the organization fails and the system dies.

It may be too late for any form of social emergence to counterbalance the centuries of conflict we have perpetrated on our own social organizational systems. But shift happens.

And perhaps, our ability to interact around what aligns us rather than our need to be right can help us reformulate our organizations so that our potential outweighs our limitations and we can make this life more livable for all of us. 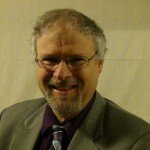 Schultz is the founder and President of Entrepreneurs4Change. The enterprise works with green and social businesses, veterans,  and marginalized communities providing entrepreneurial education, access to funding and capital, and ongoing nurturing and support for the businesses once they are operating. His new book – Creating Good Work – The World’s Leading Social Entrepreneurs Show How to Build a Healthy Economy was released by Palgrave Macmillan in Feburary, 2013. He has written or co-written and had published 22 previous books. His last book, Coherence in the Midst of Complexity, written with Hugo Letiche and Michael Lissack, was published by Palgrave-Macmillan in January, 2012. Other books include: Adjacent Opportunities – Sparking Emergent Social Action (Emergent Publications, Impact Books, 2010) Unconventional Wisdom (HarperCollins, 1994); Open Boundaries: Creating Business Innovation through Complexity, (with Howard Sherman) (Perseus Books, 1998); and The Mindful Corporation: Liberating the Human Spirit at Work, (with Paul Nakai) (Leadership Press, 2000). 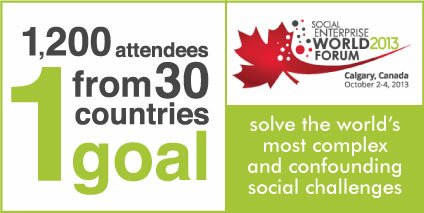